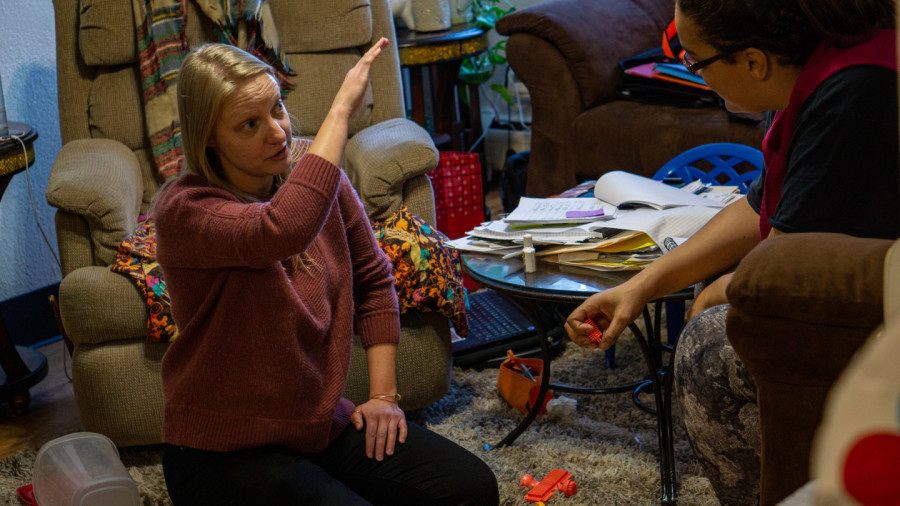 “…A group of nonprofits and private-sector organizations that provide services for foster kids, led by the Tennyson Center for Children in Denver, has raised millions of dollars to help children before a caseworker comes to their house or anyone calls the child abuse and neglect hotline about them.

Those involved in the effort hope to capture enough data to convince the policymakers who write the state budget and dole out Medicaid money that public dollars would have a bigger impact if they were spent on prevention.

The leader of the project is Tennyson Center CEO Ned Breslin, a survivor of child abuse, the former CEO of the global nonprofit Water for People, a TED talker and a relentless, big-idea guy.

‘We think we will show it’s cheaper to intervene earlier, that it’s less traumatic, that a family does not have to continue to get worse before they get help,’ he said. ‘We believe it will be so powerful that philanthropic dollars eventually will not be needed for this.’

Here is how the project — called Rewiring — will work:

The ZOMA Foundation, the Piton Foundation and the RJ Clark Foundation are the main donors (they are not ready to reveal how much they’ve donated, but it’s several million dollars). Organizations including Tennyson, the Savio House, Lutheran Family Services and others are providing the therapists, parenting coaches and mental health staff to help children and parents before they are involved with the child welfare system.”

Read the full article from The Colorado Sun